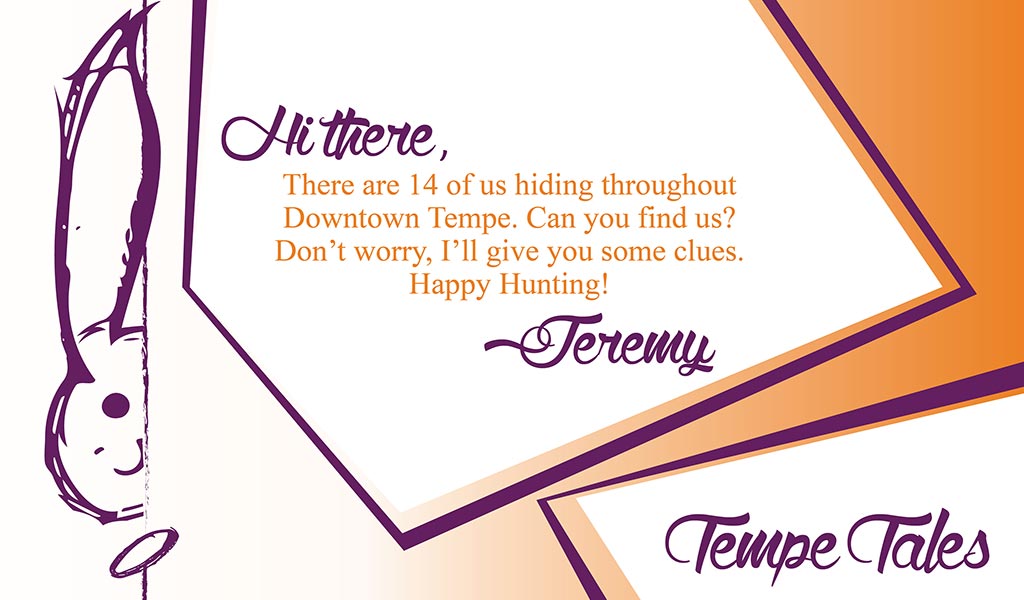 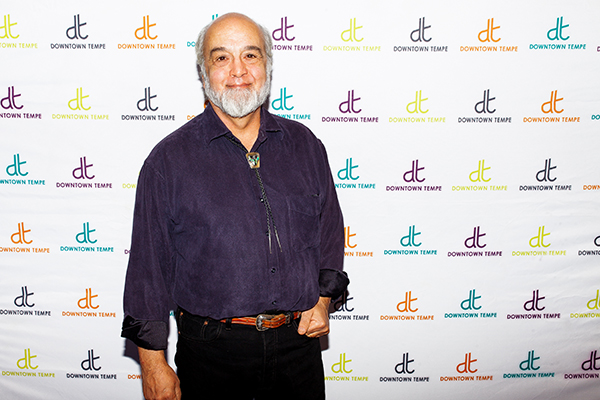 Mark Rossi is no stranger to the public art scene in Downtown Tempe. In 1993, the sculpture was commissioned for the Three Blacktail Jackrabbits – a larger than life art installation in Centerpoint Plaza. The three cast bronze rabbits, 8, 12 and 14 feet high, weighing between 1,000 and 1,500 lbs. each reflect the natural history of the Phoenix Salt River Valley. They are called the "Restful Rabbit," the "Guard Rabbit" and the "Groomer Rabbit." Mark’s inspiration came from his father, who had a foundry and studio and by his mother, who has Apache, Pueblo, Spanish, and New Mexican heritage.

Mark Rossi's continued interest in nature and art emerged at an early age. With both parents formally trained in fine arts. His love of the Southwest was deeply affected by his mother's Apache, Pueblo, and Spanish New Mexican heritage and the traditions she instilled. When he was ten, he began observing his father, prominent Western artist and former Gilcrease Museum of Art director, Paul Rossi, as he worked in his studio and foundry. The artists, conservators, and historians who frequented the museum inspired his artistic pursuit. Mark went on to study at the University of Tulsa and at the University of Arizona in Tucson.

Living for many years at the base of the magnificent Catalina Mountains north of Tucson, Rossi studies desert plants and wildlife while hiking and riding horseback in the hills and ravines. In the tradition of early pilgrimages and journeys through the Southwest, his solitary travels are a spiritual meditation. He knows the bajada well, that weathered slope at the foot of the mountains. In the rocky soil grow the saguaro cactus, palo verde, mesquite, and the most tenacious of all, the creosote bush. The earthy smell of creosote after a summer monsoon has no equal. Heard always are the songs of the white wing dove and Gamble's quail. Cottontails and blacktail jackrabbits, coyotes, white-tailed deer, and bighorn sheep graze the rocky slopes of Pusch Ridge.

With humility and humor, Rossi allows the viewer to observe a quiet moment in the life of the subject he sculpts. "Although my work is realistic, I'm not interested in sculpting copies of nature. I've become more relaxed and learned to let the materials show me what they can do. I want to allow the form to emerge from the clay and metal. Cast bronze is an extremely plastic and durable medium to work with." Run your hands over the surface of Rossi's bronzes -- the details made by his hands and tools are evident.