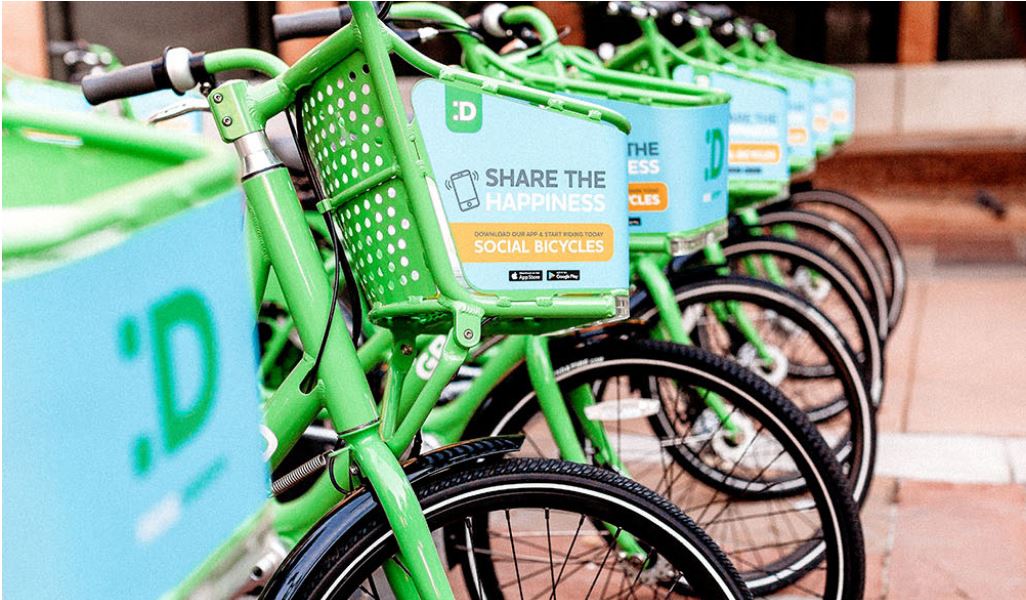 Tempe has some of the best bike trails in all of Arizona, making Downtown Tempe extremely accessible via bike. There is also great places to do some awesome mountain biking at Papago Park or ride the canal all the way up to North Scottsdale!

Grid Bike Share opened in May 2017 with 300 bikes and 31 stations in Tempe -- 10 of those stations are situated in Downtown Tempe.

Bicycle sharing is a for-rent public bike program in progressive, urban environments where land use is higher density, bicycle trips are common and transit connections are strong...so Tempe is the ideal location! Bike share programs are meant to support greater access to more sustainable transportation and further reduce dependency on automobiles, and station locations are placed in high activity centers and streets to provide convenient customer use. Pricing plans include hourly, monthly, student and group membership options. The Tempe bike share program is compatible with the systems operating in both Phoenix and Mesa.

Click below for a map of Grid Bike station locations:

Downtown Tempe is also home to the Bicycle Cellar, which is the first of it's kind in Arizona. It is a bicycle commuter facility where members receive a secure bicycle storage space with the added convenience of bathrooms, showers, lockers, and dressing areas.