Tis' the Season for Anniversaries

Just a few weeks ago, Tempe Town Lake celebrated its 20th birthday and it was a blast! But that isn’t the only celebration this year!

There are two other major milestones this year as the holidays approach us!

The Fantasy of Lights Opening Night Parade turns 25 this year and we couldn’t be more excited for its silver anniversary. 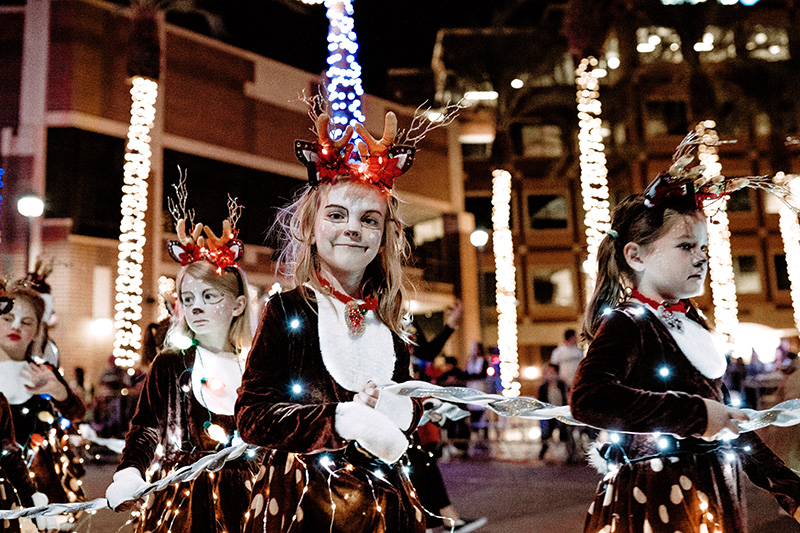 The event kicks off at 4pm at Centerpoint Plaza on November 29th with an array of local entertainment that’ll be sure to put you in a festive mood.

There’s even more magic before the parade begins! This year, the Holiday Market is making a return. It will be housed at 7th St. and Mill Ave. and will showcase a spectacular selection of rare, unique and one-of-a-kind holiday treasures that’ll make it feel like Christmas came early! 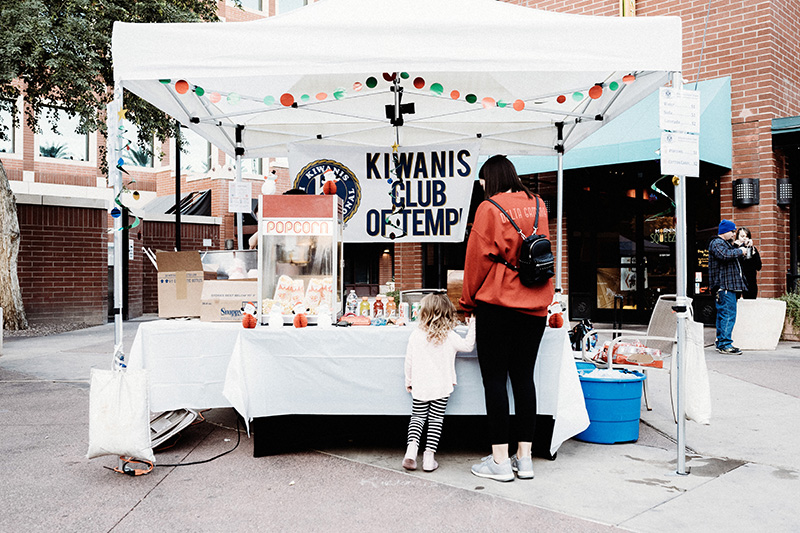 From there, the colorfully bright parade will prance down Mill Ave. around 6pm (when it’s nice and dark, so the all the lights can glisten). This year’s parade will be Grand Marshalled by Linda Spears and Neil Giuliano. There are over 60 entries this year and is our biggest parade yet!

FUN FACT! Linda Spears has been the Grand Marshal since the parade’s inception and Former Mayor Neil Giuliano was one of the founders of the original parade back in 1994. Back then, the Kiwanis Club of Tempe held the reins of the parade and helped grow into the event it is today. 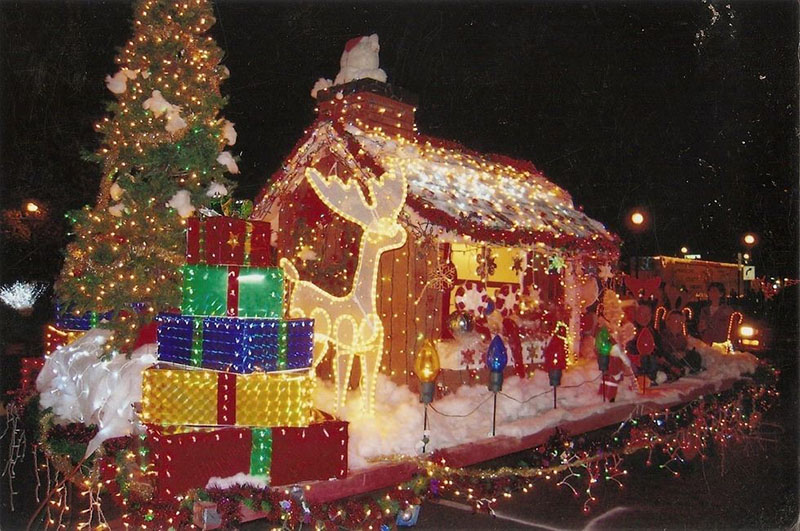 According to the Kiwanis Club’s website, “ in the first years, the entries were very sparse with Boy and Girl Scout troops marching; City utility vehicles, including police and fire were all involved. Only a couple of commercial entries participated at that time.” But with over 8 years of their leadership, it grew into a much larger event and was eventually taken over by the Downtown Tempe Authority.

Be sure to stay after to partake in the Tree Lighting Ceremony with the Mayor of Tempe, the City Counsel and other fantastic guests. 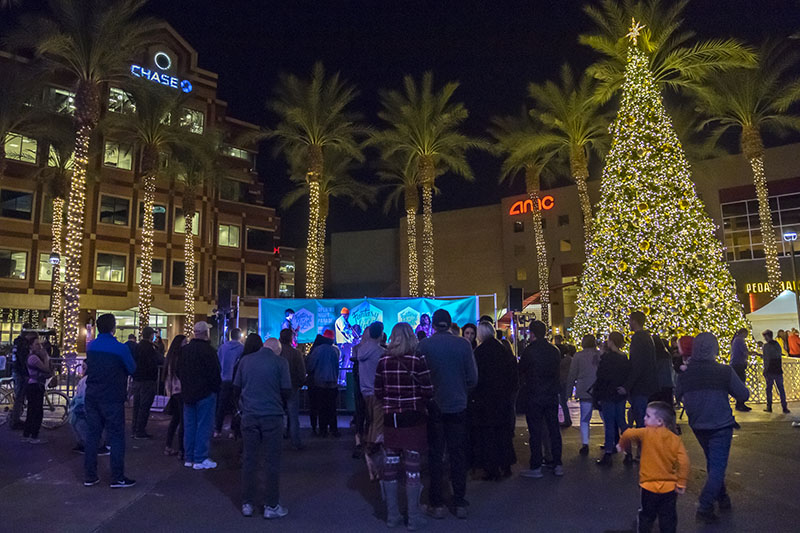 Santa will not only be in the parade, but he is sticking around to take selfies! Be sure to being your cameras! Santa is a busy guy and needs to get back to the North Pole to prepare for the Fantasy of Lights Boat Parade! But we can tell you he’s overjoyed to be making a stop in Downtown Tempe to help kick off the holiday! HO HO HO! 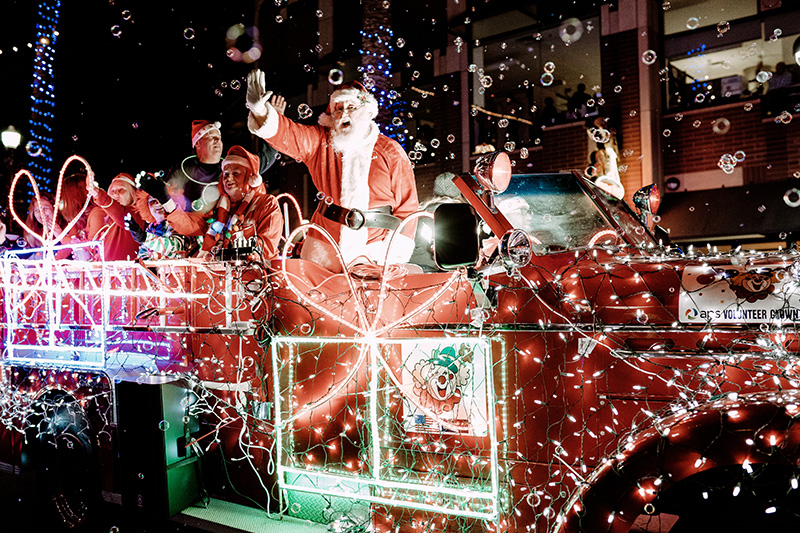 During the Opening Night Parade, we will collect unopened jars of peanut Butter on behalf of the Tempe Community Action Agency to support their mission of helping hungry individuals and families this holiday season. All donations will be accepted near the main entertainment stage. Help us get to 500 pounds of peanut butter!

The second major milestone is the Boat Parade’s 20th Anniversary! Around the same time the Lake opened, it was lit up by an array of magically festive local boats to help ignite that holiday spirit. That tradition has continued for exactly two decades and has become a major staple of the Downtown Tempe Holiday Season! 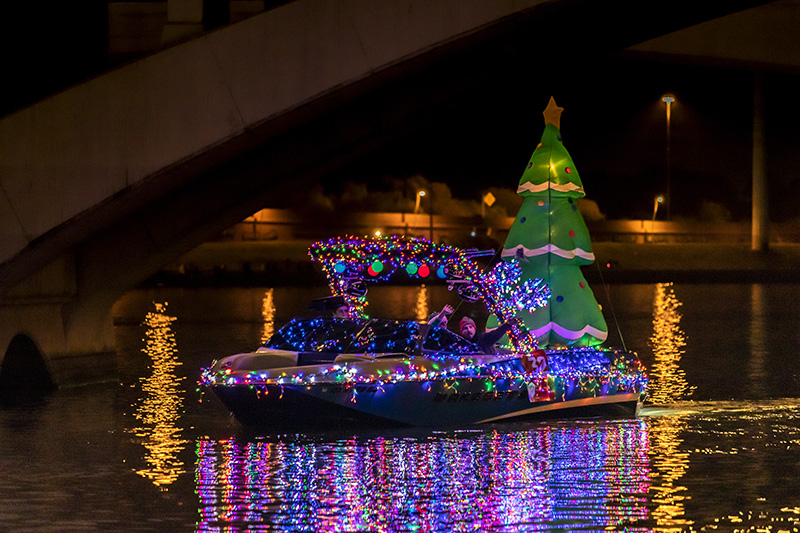 This year’s Boat Parade will not only light up the lake in dazzling holiday colors, it will also have some very merry activities.

The Holiday Market will be back this year to fulfill your holiday shopping cravings while food, beer and wine vendors will be present to help satisfy those other holiday cravings. 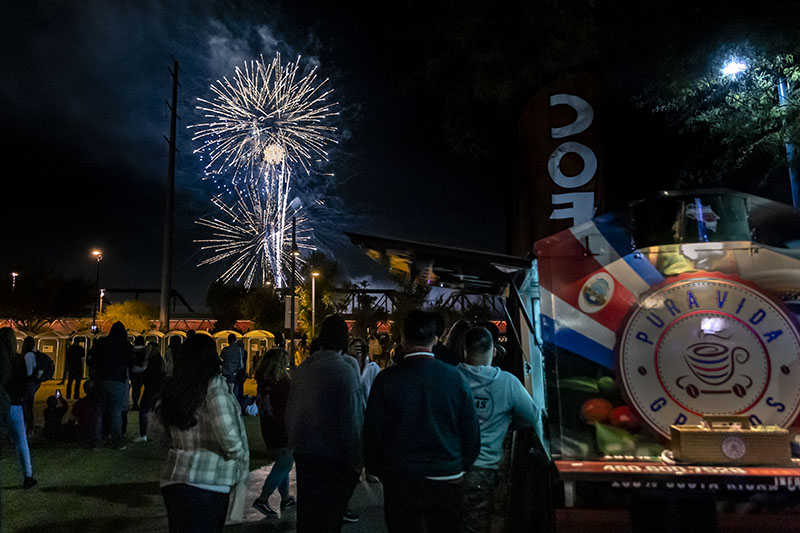 Santa will also be back for the Boat Parade to take seflies! HO HO HO!

Lastly, we are continuing our peanut butter drive for the Tempe Community Action Agency to help those left hungry this holiday season.

Before attending both of these events, you should take the family and enjoy dinner at one of our yummy local restaurants.

Here are some of our favorites:

1. Mellow Mushroom – Amazing pizza with a patio that will overlook the Opening Night Parade! 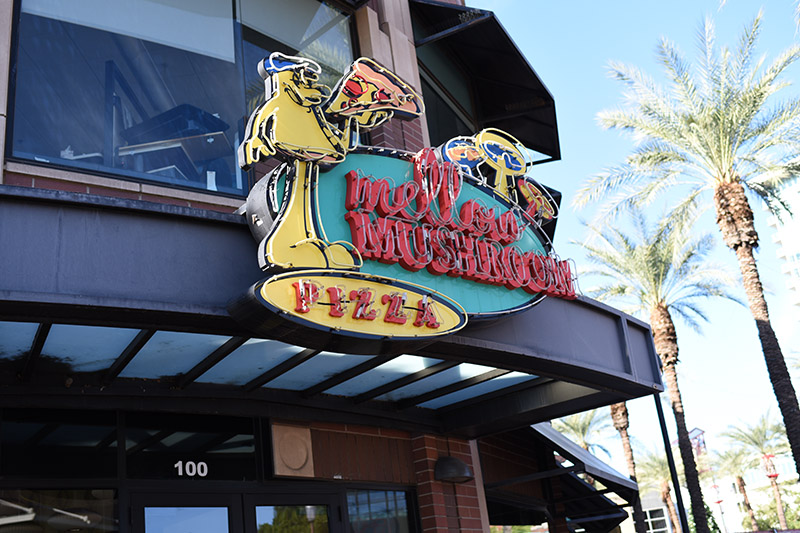 2. Pedal Haus – Their patio will give you prime views of the huge, glowing Christmas tree. 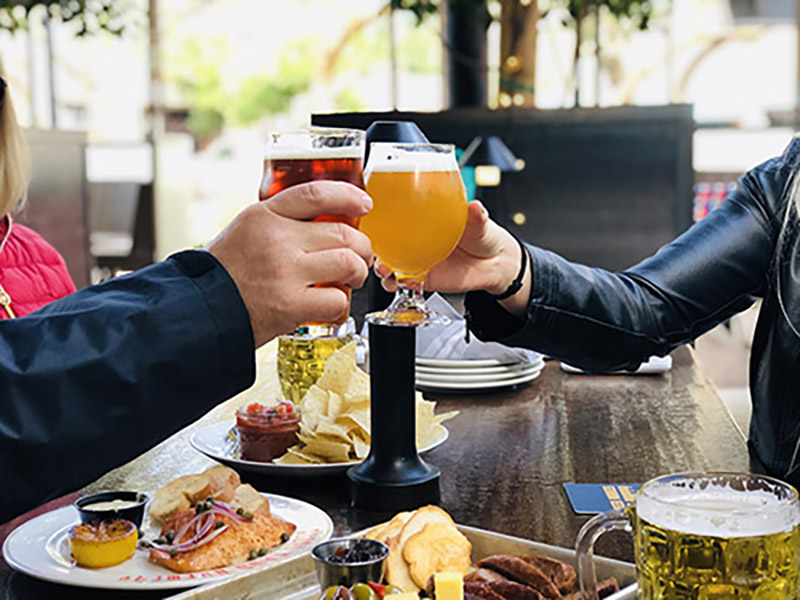 3. Illegal Pete’s – Another festive patio with a great view of the parade! 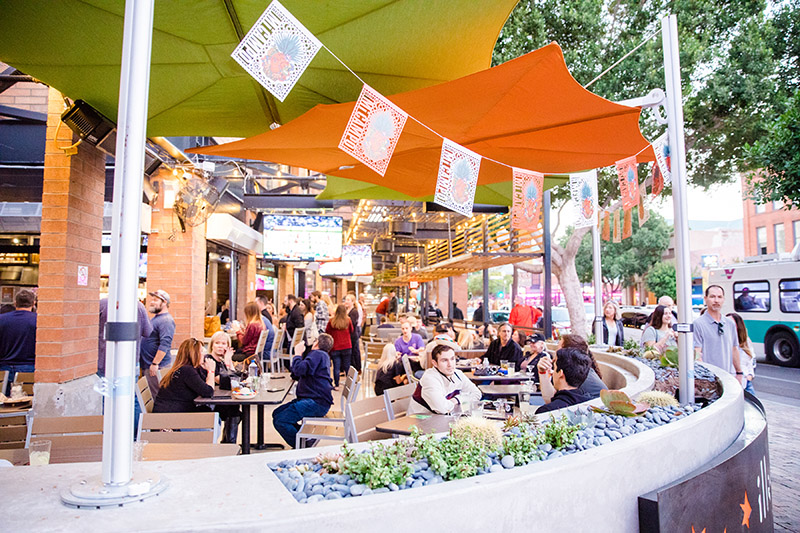 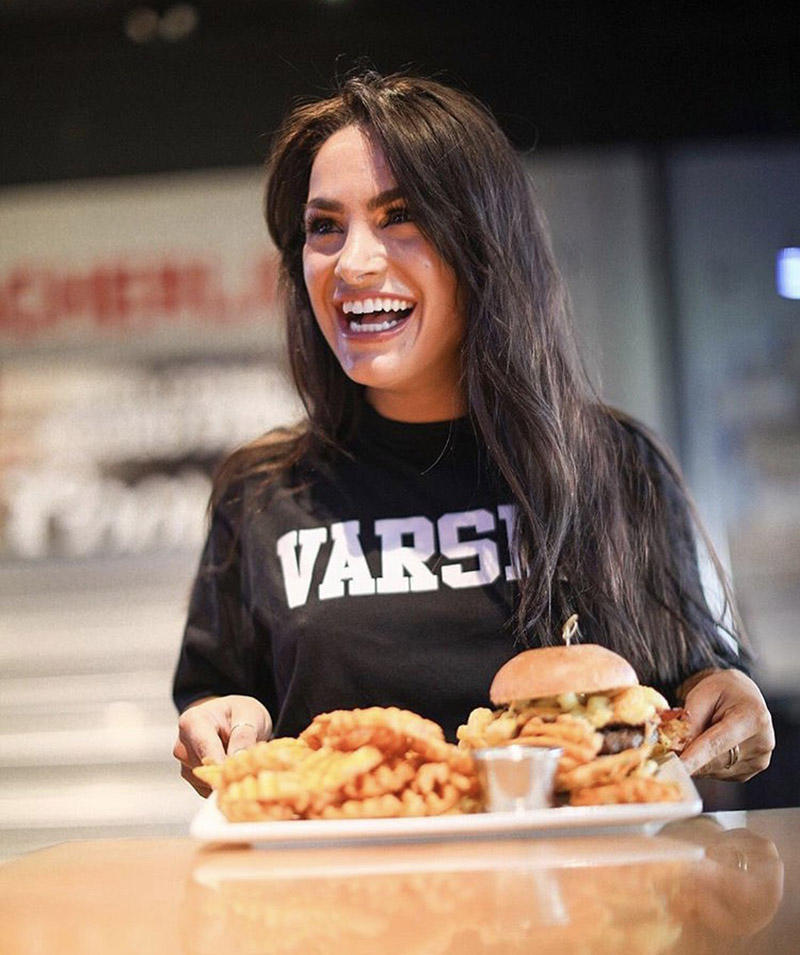 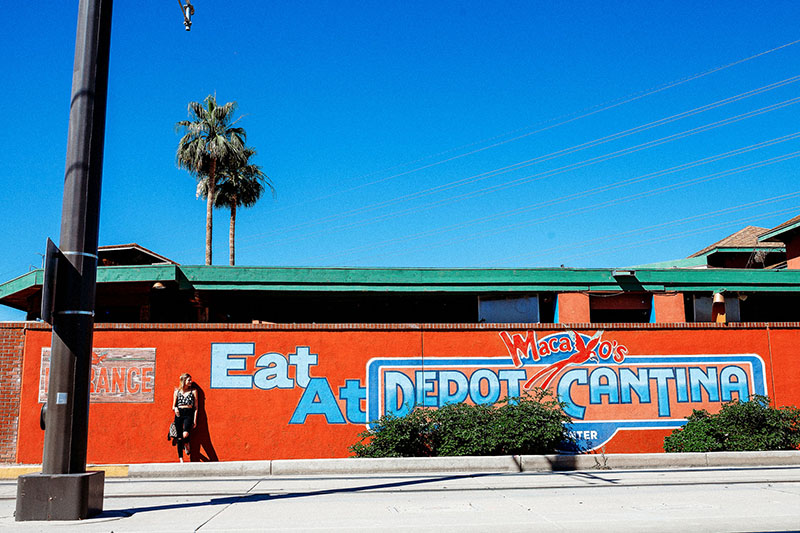 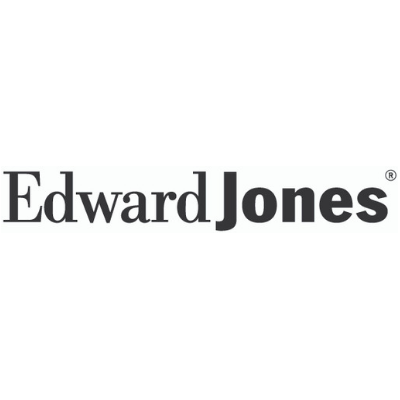 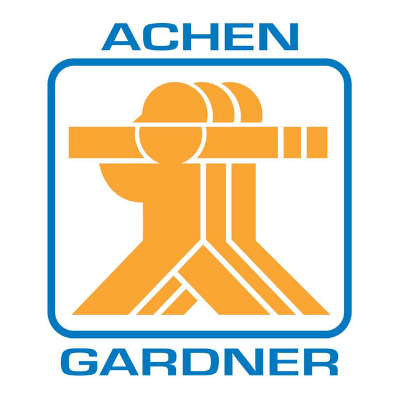 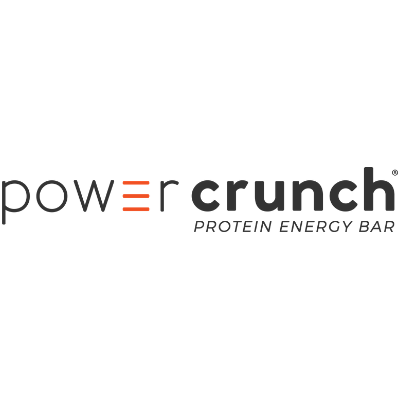 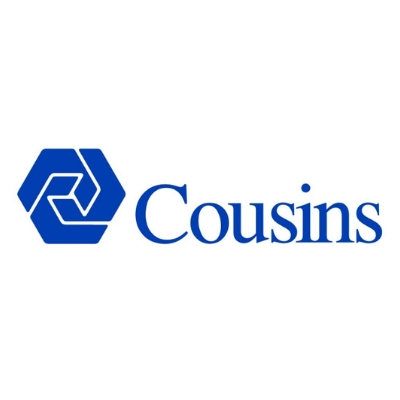 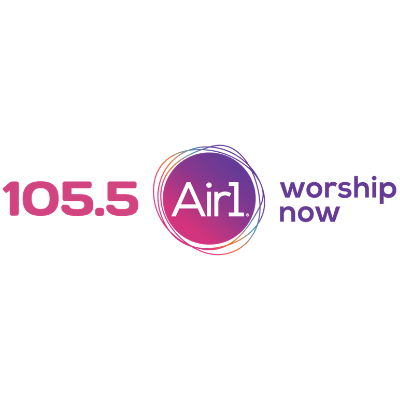 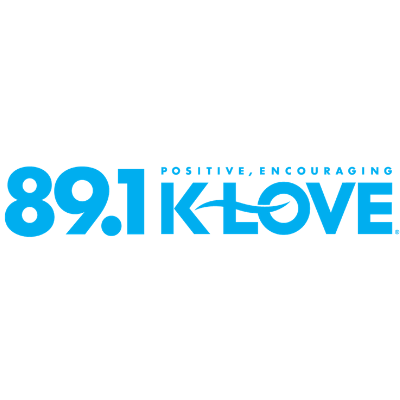