SUMMARY
The 1970, Modern Commercial style Tempe Municipal Building (Tempe City Hall) qualifies as a landmark as defined by the Tempe Historic Preservation Ordinance because it has achieved significance within the past fifty (50) years and because it expresses a distinctive character worthy of preservation and fulfills the criteria for designation as an historic property.

The Tempe Municipal Building derives significance from several important associations, including surviving as an example of the Mid-Century Modern architectural style. This significant style arrived in the Salt River Valley during the mid-1960s, when local architects ramped-up efforts to reconcile the principles underlying architectural design with rapid technological advancement and the modernization of society as well as adaptation to local environmental conditions. One of these local architects was Tempe-born Michael Goodwin who, along with his father Kemper, took on the challenge of designing a new city hall for their community. The Tempe Municipal Building would go on to become the heart of downtown Tempe, serving as a catalyst for revitalization for the rest of the city center. This building is also significant for its use of new technologies and design strategies. The Mid-Century Modern movement brought with it the use of steel in a new, expressive way. Michael Goodwin’s cunning engineering, maximizing the properties of this relatively new material to construct the upside-down pyramid form, was an early attempt at a passive solar design. 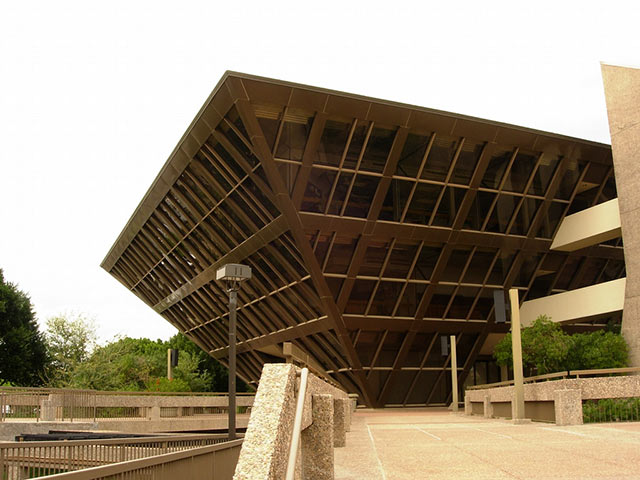